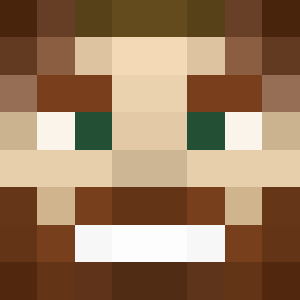 There are no wall posts here yet.

Are materials extremely expensive? - they are
Is it a nightmare to build? - definitely
Will it win the competition? - probably not
Do I absolutely love it? - yes, thousand times yes!

This design is inspired by Dwemer architecture from TES: Morrowind and it's remakes. Of course, not much left of it, but the overall vibe is something I think I succeeded to recreate. Celling has an elytra-friendly half-tunnel and magma blocks under the ice could be covered by rails if required.

It relies on the /gamerule doFireTick false to make lava work with wooden blocks and employing low level light sources around the ice to make everything look warmer while not melting the ice.

I'm not really expecting this design to be used, but I just love how it turned out =)

One more design (there's no limit for submissions, right? =)

My initial inspiration here is planet Taris from Star Wars: KotOR game. Obviously, I had to change the original colors with available blocks and it's not very recognizable now.

Although mostly black and white, it has a hint of color that also helps to determine direction to the hub. It's quite spacious and simple to build, although maybe a bit tricky on the resource side, since deepslate and andesite can't be obtained automatically or through trading/bartering.

In this design we have double frames for personal tunnels, which is not quite aligns with the guidelines, but makes the pattern less obvious and the build more clean. As the bonus, neighbors can build wider and more creative tunnels.

Another colorful, spacious and this time actually simple design. Here we have "same, but different" patterns on both sides to make the tunnel less boring and give an idea in which direction you're going.

P.S. I've noticed that floor made of azalea under glass was used previously by Syntaxvgm in one of his/her submissions, so if it's against the rules (or frowned upon), please let me know.

Let's be honest, Nether is scary and no one likes to go there. But since we do often move around using it, let's make this scorched place less terrifying with bright colors and simple rustic design.

I'd like the tunnel to be as spacious as possible, so moving around with elytra won't require a lot of focus.

More screenshots under the spoiler:

Edit: Had to make some adjustments in order to remove spawnable block (silly me ignored that in Nether good lightning is not enough). It's a bit less clean than it was before and more tricky to build, but I still kind of like how it looks. Thanks to ReiA and Syntaxvgm for pointing out this issue to me.